SMEs and the CCMA – How to navigate the process effectively

High moral and ethics standards.
M4Attorneys > Legal Advice  > SMEs and the CCMA – How to navigate the process effectively
0 Comments
Share

SMEs and the CCMA – How to navigate the process effectively 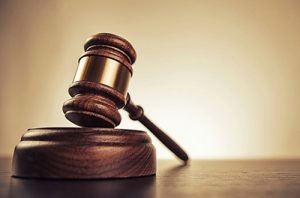 “On average, the effect of labour disputes on small businesses is immense and very often crippling,” says Allon Raiz.

He says the cost to the economy and the businesses is threefold, “The extreme result is that a large number of small businesses have no choice but to shut down.”

The second consequence, Raiz says, is that the legal costs of CCMA disputes are a mammoth waste of a small business’ resources and thirdly some SMEs, out of fear, possibly from bad experiences in the past, no longer employ.

What is the CCMA?

According to The Department of Labour, the Commission for Conciliation, Mediation and Arbitration (CCMA) is an independent, juristic body that helps to resolve disputes and offers advice and training on labour relations.

The CCMA is mandated to:

What should employers expect during the CCMA process?

Mongie says where an employee refers a dispute to the CCMA, the CCMA will firstly inform both parties as to the date, time and venue of the first hearing. This hearing is known as conciliation and is a process where a CCMA commissioner assists the parties in trying to find a solution or a settlement of their dispute.

Mongie says only the parties, trade union or employers’ organisation representatives (if a party to the dispute is a member) and the CCMA commissioner are allowed at conciliation. Legal representation is not allowed.

“The decision, called the arbitration award, is legally binding on both parties, says Mongie, “Unlike conciliation, the parties are allowed to present evidence in arbitration.”

The employer and the employee will each be given an opportunity to present their evidence to the commissioner as follows:

The essential checklists that employers need to cover to ensure they will be successful during a CCMA dispute.

Mongie says, “At the outset, the employer and/or his/her representatives must be well versed with the case and fully understand the matter and all facts relevant to it. The assistance of a legal practitioner may be necessary to assist in this regard.”

The employer should be open to having the matter resolved and settled at conciliation, if the circumstances warrant it, Mongie says.

In preparation for the arbitration, Mongie says the employer should gather and put together a full bundle of documents properly numbered which would then reflect all the evidence which is going to be discussed and proved.

“It is for this reason that maintaining documentary record for all matters pertaining to employment matters should be kept,” he says.

“These witnesses must be selected based on the evidence the employer wishes to lead,” Mongie says and emphasises that it is essential that all the witnesses are thoroughly prepared prior to arbitration.

“Preparation in all senses is absolutely critical for success,” Mongie advises.

“If the employer is not satisfied with the arbitration award, he/she may apply for a review to the Labour Court on the basis of an alleged defect with a commissioner’s rulings or awards,” says Mongie.

He adds that once the ruling has been made, the employer should weigh up whether or not it has merits in reviewing it, saying it may be useful for the employer to get professional legal assistance in this regard.

Mongie says that in terms of section 145(1) the LRA, the employer would have to apply to the Labour Court to set aside the award within six weeks of the award being served.

Mongie says, “The final ground for review pertains to the situation where a party to the dispute has improperly obtained the award.”

He adds that it is important to note that the review is not an appeal, and therefore it is not related to the merits of the actual matter but whether the Commissioner has conducted himself in an unreasonable manner in making the findings.

“Having considered the merits of whether a matter may be reviewed, the employer should then make a decision whether to abide by the award or to proceed with taking the matter on review (taking the possible costs, both monetary and in terms of time and human resources, into account),” he says.

Yet what makes us stand apart is our exceptional level of service.